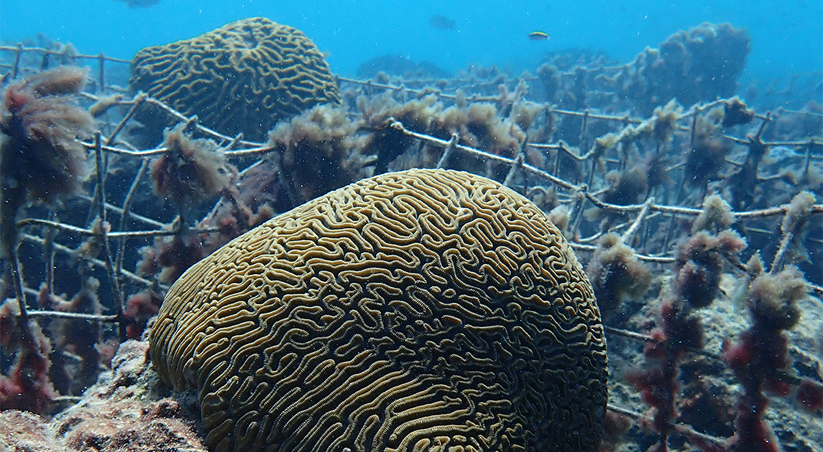 Prior to construction, surveys of the bulkhead and surrounding areas were conditionally required to enumerate the total number and species of coral colonies present and determine which were suitable for relocation according to the Florida Fish and Wildlife Conservation Commission’s recommendations.  Cummins Cederberg’s scientific dive team was hired to conduct the survey and relocate healthy coral colonies from the project area to an offshore artificial reef site known as PortMiami (POM) “A.”

A total of 289 coral colonies including Oculina diffusa, Phyllangia americana, and Cladocora arbuscula from the terminal bulkhead were relocated to the POM “A” artificial reef site. POM “A” consists of gabion baskets containing limestone boulders offshore of Miami Beach. The colonies were monitored for successful reattachment allowing construction to begin on the new Terminal.