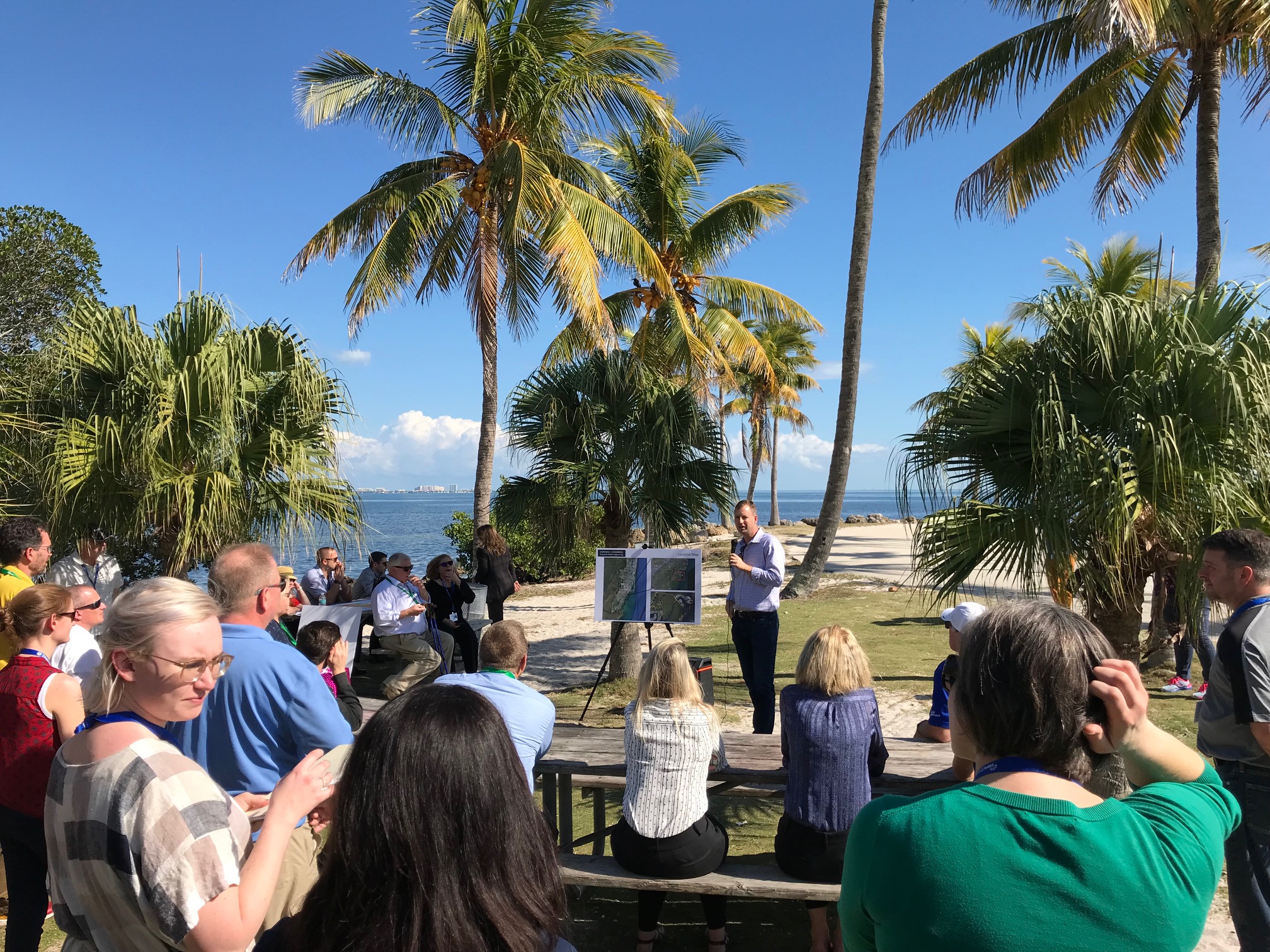 On January 17th, Jannek Cederberg presented findings in a recent study at Matheson Hammock Park titled, Seal Level Rise Flood Mitigation Roadmap and Plan, to expert park leaders from across the country. Organized by the National Recreation and Park Association (NRPA) in collaboration with Miami-Dade County Parks, Recreation and Open Spaces, the three-day NRPA Innovation Lab, titled Resilient Parks, explored how communities nationwide can maximize the value of parks and open spaces for resilience. “We have a unique approach of implementing sea level rise adaptation projects organically and cost-effectively,” stated Cederberg during the presentation, “and most importantly – the solutions on how to implement them!”

About the study
Matheson Hammock Park is located along the western shoreline of Biscayne Bay in Coral Gables. The Park is one of few publicly accessible waterfront areas in this region of Miami-Dade County. Most of the 630-acre park is relatively low lying, which results in flooding to some areas during high tide events. Flooding is a nuisance to visitors as areas become inaccessible. In addition to the negative impact on visitor experience, flooding has financial impacts, as revenue generating components are impacted operationally and physically.

Cummins Cederberg was engaged to develop a Sea Level Rise Flood Mitigation Roadmap and Plan, relative to Matheson Hammock Park, with the primary objective to analyze the impacts of sea level rise on the park’s infrastructure and operations, as well as develop flood mitigation concepts for planning and budgeting purposes. Cummins Cederberg compiled existing survey data within the park and LiDAR data for the area to prepare a general topographic map for the Park; assessed the condition of existing infrastructure to understand conditions, remaining service life and adaption feasibility relative to sea level rise; performed an assessment of the environmental conditions on site to generally understand and document current conditions, as it would relate to environmental permitting; conducted an engineering analysis to provide extreme tide water levels; developed flood mitigation concepts and preliminary cost estimates; coordinated stakeholder involvement; developed  an implementation strategy and roadmap; and presented the results and findings into a report.

This study was unique, as it combined sea level rise projections, practical concepts and on-the-ground implementation experience with maintenance and replacement requirements relative to overall service life. In this way, the study, provided a clear roadmap for Miami-Dade County relative to further planning infrastructure improvements in the Park until 2100.