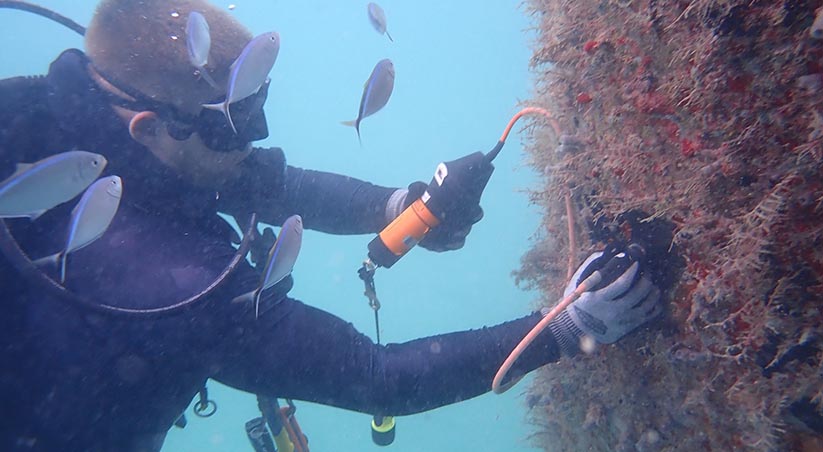 At Cummins Cederberg we have some incredible employees, so we decided to make some waves and introduce you to the incredible people who make it all happen!

Jon Cunningham is a Project Engineer responsible for performing structural design, above and below water condition inspections, project planning and construction assistance for our projects involving coastal and marine structures.

From an early age Jon was fascinated by the process of a design starting on paper and then being constructed in real life. He was encouraged by his uncle, a civil engineer with a passion for bridges, who would regularly let Jon tag along for inspections when he was younger. When Jon completed his service in the United States Marine Corps, he attended Pennsylvania State University and followed in his uncle’s footsteps as a marine structures engineer. 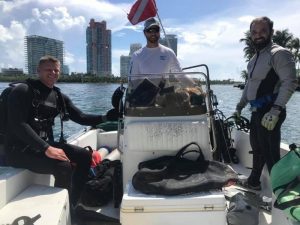 Jon, Zach, and JT during an inspection

CC: Where did you grow up?
JC: I’m from Lancaster, Pennsylvania, grew up in the land of whoopie pies and pumpkin rolls.

CC: What is a normal day for you?
JC: A normal day consists of project planning, design for new or current projects, construction inspection, and assistance for ongoing construction projects. I also perform above and below water condition inspections and prepare reports summarizing the recommended methods of repair or replacement relative to inspection findings.

CC: How would you explain your job to a child?
JC: We design new homes for fish, and swim with them when their homes fall apart.

CC: What inspires you?
JC: Learning and positive people. 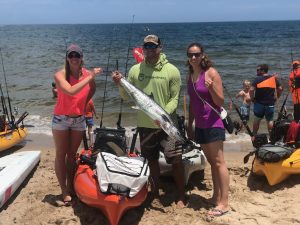 Jon with his sisters, Lauren and Katie

CC: If you could switch jobs with anyone here, who and why?
JC: That’s a tough question, I like my job and the opportunities I get. If I had to choose, I would probably choose to switch with Becah for more diving opportunities. Nonetheless, for my interests I really can’t think of a better position than my own.

CC: What’s the funniest thing that has happened to you on a project?
JC: JT and I were performing an inspection for a bulkhead and marina in North Miami. The beginning of the inspection was right in front of a pool with an active jazzercize session in the pool. We had some sweet dance beats during the inspection.

CC: What motivates you to wake up and go to work?
JC: The projects we get to work on are the most unique type of engineering projects. And coffee. Nice cup of black coffee to start the day. 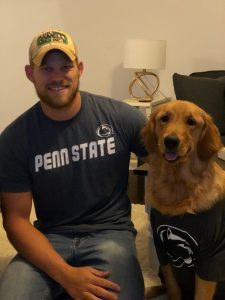 CC: What has been your favorite project so far?
JC: The inspection at the Nassau Cruise Terminal in the Bahamas is definitely at the top of the list. We performed a condition inspection and steel thickness testing of over 2 miles of cruise terminal structures on scuba.

CC: What’s something most people don’t know about you?
JC: I have my black belt in Marine Corps Martial Arts.

Jon works in our Jupiter office. Outside of the office he enjoys fishing, kayak fishing, camping, bow hunting, free diving, scuba diving, and hiking. He is a true outdoorsman and regularly competes in local fishing competitions.