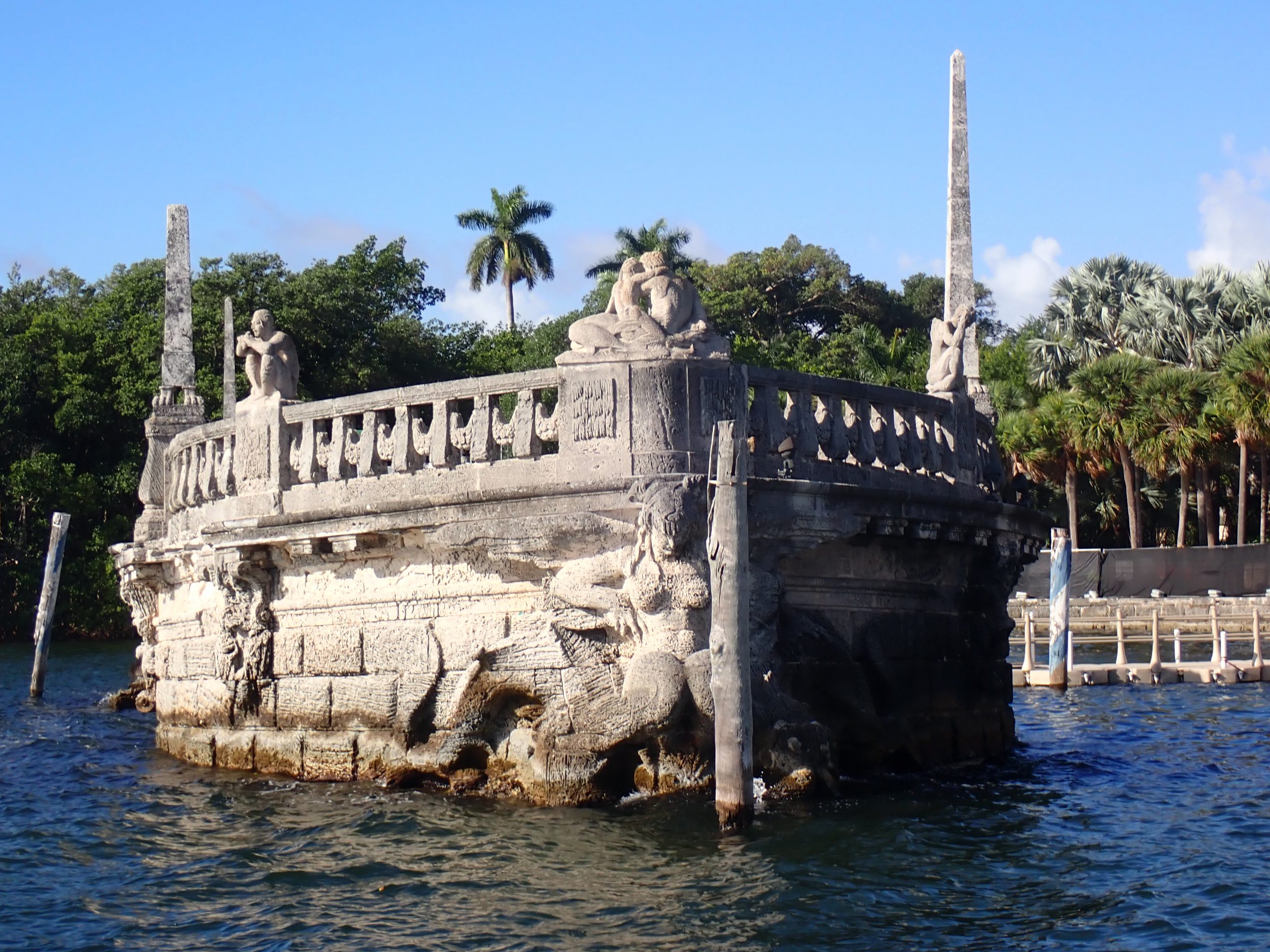 Since its construction over a hundred years ago, the Vizcaya Barge has protected the historic estate of James Deering, previously known as Villa Vizcaya, from countless storms acting as a breakwater. It is a concrete representation of a ship, designed to greet visitors arriving to the estate by boat from Biscayne Bay. The Barge was originally adorned with shrubbery, fountains, and lighting. It was an area Deering used to host parties, with gondolas to ferry guests between the shore steps and the marine structure. 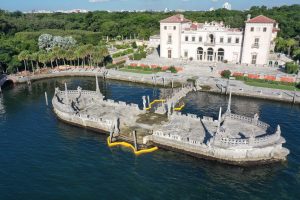 Recent hurricanes left the Barge in need of serious repair. Cummins Cederberg’s working relationship with Vizcaya Museum & Gardens dates to 2012 from designing a flood wall to protect a historic garden and restoring native wetland. Most recently, the engineering team completed repairs to the Yacht Landing and Barge. Both are exposed to heavy wind and wave action, requiring intensive preservation efforts.

Jason Taylor, PE, was the project lead for the engineering and construction oversight of the Barge and Yacht Landing repairs. “The Yacht Landing is now the best part of the museum, in my humble opinion,” stated Taylor. “It was a privilege to work on such a remarkable property. We were afforded the opportunity to discover historic construction techniques and rebuild a significant portion. “ 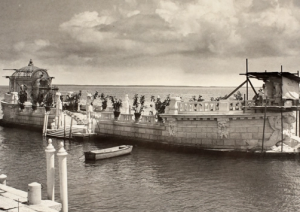 The project was unique, largely due to the age of the structures. For instance, the original construction technology dictated the use of forged iron for the tied rods and associated hardware. One does not see these types of systems anymore that include cast-in-place concrete seawalls on shallow foundations. The team brought in an Italian mason to reconfigure the displaced stonework, some of which was salvaged from the sea floor. Taylor also mentioned, “substantial credit must be given to the contractor, Red Door Construction. Their project management was top-notch, and the puzzling stonework restoration would not have been successful without the guidance of their master Genovese mason.”